It's A Wonderful Life: Live from WVL Radio Theatre 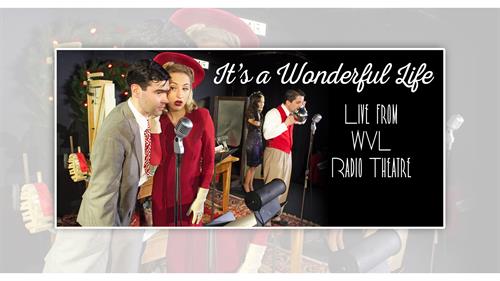 It's Christmas Eve in 1945, and only a handful of WVL Radio's actors have braved the blizzard to perform that evening's broadcast of It's a Wonderful Life and keep the station afloat. This clever stage adaptation breathes new life into the poignant story of George Bailey and Bedford Falls.

When Frank Capra and his co-writers were working on the original screenplay of It's a Wonderful Life, the Great Depression was a vivid memory. The story of George Bailey and Bedford Falls is juxtaposed against a time of failing banks, devastatingly high unemployment and a shortage of affordable housing. The circumstances are eerily familiar, and over 60 years later, this story remains as fresh and relevant as ever. Its message of hope and optimism is the perfect antidote to holiday cynicism.